By jackyreynoldsnzSeptember 1, 2021September 8th, 2021Information, The Environment
No Comments 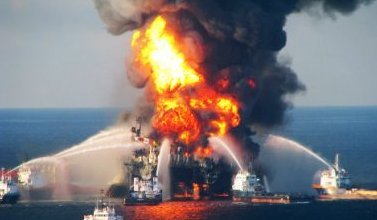 Oil spills have a long lasting impact on the marine environment and affect marine mammals both directly and indirectly.

Direct impacts can be caused by ingesting or inhaling the oil or its vapours, resulting in sickness or death; indirect effects include loss of prey caused by damage to the ecosystem.

As whales and dolphins need to surface frequently to breathe they may inhale volatile chemicals. A stressed or panicking dolphin or whale will move faster, breathe more rapidly and therefore surface more frequently into oil and so increase exposure. Prolonged inhalation of high vapor levels can cause death or damage to the nervous system.

The oil may burn sensitive membranes around the animal’s eyes and may also irritate and inflame the skin.

Baleen whales may ingest large quantities of oil either as dispersed oil or that ingested by zooplanktonic organisms. Short-term ingestion of oil may not result in serious effects, but prolonged ingestion may lead to organ damage or hormonal imbalances.

Toothed whales might also consume oil-affected food or may even starve due to the lack of available food or an inability to find food.

Other marine mammals, such as seals may suffer from hypothermia when their fur becomes coated with oil. Newborn seals are particularly sensitive as they have little fat and rely on a dense layer of fur. Northern fur seals have waterproof fur that traps a thin layer of stagnant air next to the skin. Loss of this waterproofing can cause hypothermia and death.

Unfortunately there is limited research on the affect of oil spills on marine mammals, particularly cetaceans. This is largely because of their reclusive and migratory behaviour.

Some reports indicate that whales and dolphins will avoid oil, mainly because of its noxious odours, but this has not been proven. The strong attraction to specific areas for breeding or feeding may override any tendency for cetaceans to avoid the noxious presence of oil.

There is an urgent need for governments around the world to take action; to pull back from offshore drilling and promote renewable energy.  But we can all take action too and take immediate steps now. Simple decisions like taking the bus instead of the car or reducing our use of oil based cleaners, solvents and plastics.